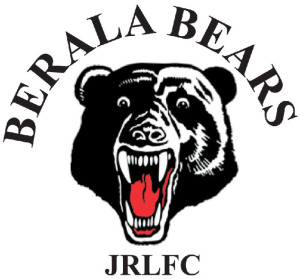 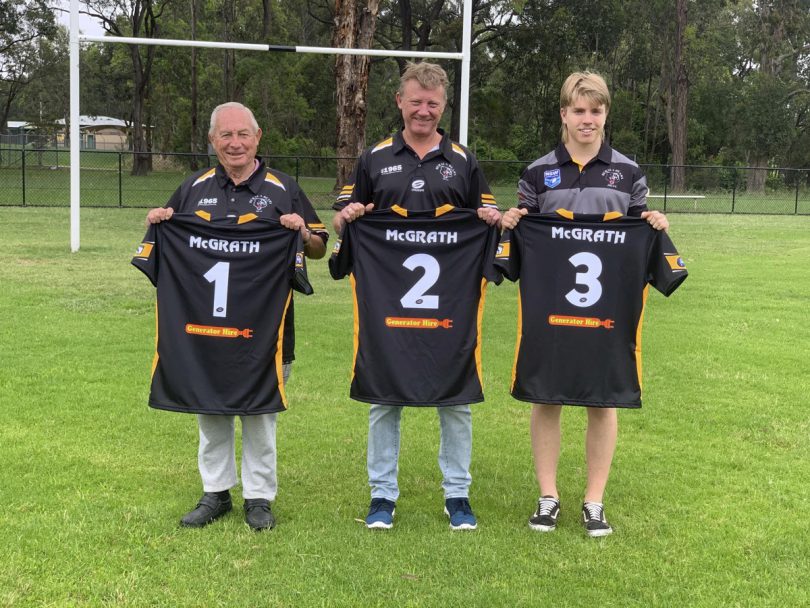 The McGrath family comprises Brian, 78, who along with wife Lyn, were involved in the club as committee members in the early years following its formation in 1965, son Craig, 53, who first played in the under 9s in 1977 up until A-Grade at 23 and still coaches, and grandson Jaxon who has become a Life Member at the tender age of 18 after playing for the club for 15 consecutive years.
Also sponsors of the club through their business Generator Hire, the family members were thrilled to receive their special ‘McGrath’ jerseys and say the club has provided them with lifelong friendships.
“Our association with the Bears has been a great experience and Jaxon is only the fourth player to get Life Membership through playing the 15 consecutive years,” Craig said.
“I coached the club’s current president Omar Sankari and the deputy Pat Tugaga; I would have played and coached close to 1,000 games and Jaxon received an award recently after playing 200-plus games.
“My wife Fiona has been a manager at the club for about 10 years too.”
Craig’s brother Peter, 56, also played 12 seasons.
With seven Berala juniors playing in the NRL finals, Craig said the club gave young players the perfect start.
“Our goal is to allow children to learn the game in an organised, safe and happy environment,” he said.

Registrations are now open for 2022, with training at Peter Hislop Park, Auburn, from February.
Active Kids Vouchers are accepted and rego fees include training shirt, playing shorts and socks.